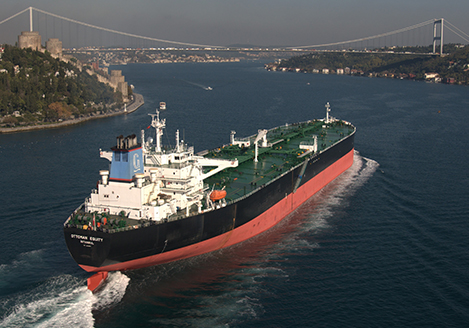 Güngen Maritime & Trading A/Ş is a spinoff of the former dedicated marine operations department within 'Güngen Foreign Trade Co. Ltd.' which was founded in 1976 as a family owned company. As of its maiden day, the company chartered tanker tonnage, necessary for its world-wide molasses trade. In the 80s’ the volume of operated and time-chartered vessels grew to such an extent that by 1990 a new company was formed; the “Güngen Denizcilik ve Ticaret A/Ş (Güngen Maritime & Trading A/Ş)”.

Today the company owns and operates high-spec SUEZMAX type crude-oil tankers. All aspects from Design to Crewing, Technical and Commercial issues are managed in-house. Besides the latter, the company still charters-in a varying number of vessels in service of its trading arm.

With its important ethical dedication ‘Güngen’ is located within a niche in its sector, be it because of its actions in training and education or because of its leadership in quality and operations. Of no lesser importance is the fact that ‘Güngen’ operates under its national Flag and employs Turkish sea personnel thus contributing considerably to its national economy, be it through taxes or the social rights of its personnel.

‘Güngen’ is dedicated towards ever-improving its service and warrants this through the passionate participation of its carefully elected personnel who make this a true family-company.